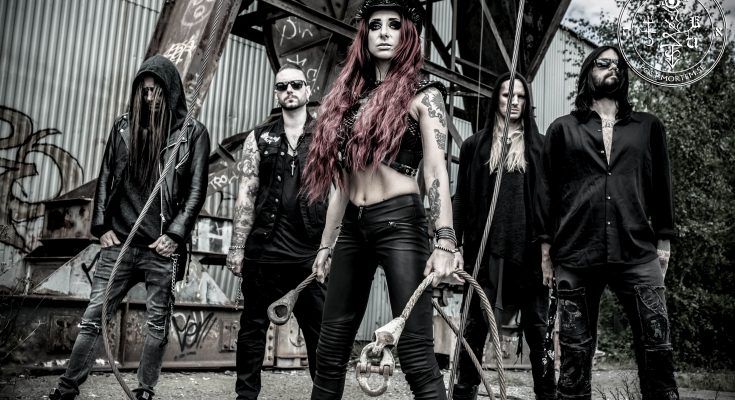 Following on from the acclaimed ‘Follow Me’ album, Swedish quintet Liv Sin, led by the unmistakeable vocals of Liv Jagrell (Sister Sin), the band return with the powerful and hard-hitting album ‘Burning Sermons’. Channeling their love of classic heavy metal with a bruising modern edge, ‘Burning Sermons’ is a riff-heavy collection; showcasing the band’s innate ability to match melody with aggressive metal with ease. Jagrell is in particularly fine form throughout, with a voice equally capable of capturing your heart as it is knocking buildings to the ground!

“Blood Moon Fever” is the second single of the the upcoming album ‘Burning Sermons’, that is to be released via Despotz Records

The band comments about the single:

“‘Blood Moon Fever’ is a catchy and heavy melody driven song that will make you wanna both headbang and dance! The single represents a new beginning, about leaving old stuff behind you and go out in the world as a reborn creature. We thought that the concept suited well with a new album on its way, which might sound a bit different from the first one. Some of our sinners out there might be surprised by the sound of this one where our producer Emil Nödtveidts influence really shines through. Prepare to get this tune spinning in your head for a long time to come!”

Liv Sin venture into a new chapter with ‘Burning Sermons’. An album that might surprise their fans initially as the quintet dive deeper into darker riffs with the addition of electronics, but they will definitely love the unforgettable hooks and the more pronounced melodic edge of Liv Sin, 2019!