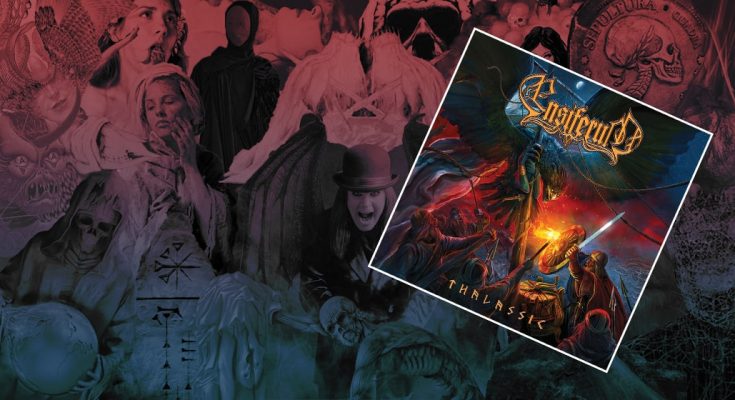 It’s that time of the year again. It was a hard year for everybody. No live concerts, no summer festivals but on the other side we got a lot of albums we could listen to from our favorite bands. So here is my top 10 of the year 2020.

10. Make Them Suffer – How To Survive A Funeral

These guys worked their ass off to outgrow the big pile of metalcore bands and released an album with attitude and style. One of the few metalcore bands that use keyboards and female vocals.

A band that not many people will know called Sentre, featuring an ex-member of Spoil Engine. They released their debut EP, ready to show to the world who they are and then came COVID 19… But I know that they will bring mayhem in 2021. Their EP counts 4 tracks and it was more than enough to get a place in my top 10 of 2020.

8. Aversions Crown – Hell Will Come For Us All

The first deathcore band in my list is Aversions Crown. They play deathcore avant la lettre, but on such a high level that you can’t avoid it. They deserve a spot in my top 10 of 2020

Seether is a silent assassin. When they release a new album no one seems to care about it but me. Because I know when they release an album it always sounds good even before I heard anything of their new record. And it was not different with their latest release ‘Si Vis Pacem, Para Bellum.’ They know how to create a melancholic sound. Slightly forgotten in Belgium, loved in the Netherlands and they will find me there whenever they play live again.

Anaal Nathrakh came with a black/grind monster called ‘Endarkenment.’ It is brutal, it is fast and it is great. I am not a big fan of grindcore but this one blew me away. Just listen to the end of ‘Requiem’ it gives me goosebumps every time.

Wolfheart couldn’t be missed on my list. I follow these band since the verybeginning. Every album is a step forward and it doesn’t stop with their fifth one. An album about the Finnish winter war of 1939 covered with a melodic/melancholic metal sound.

Lorna Shore: the deathcore masters of America and the second deathcore band in my list. They blasted me off my feet with their third album ‘Immortal.’ A new member on the mic is not that easy but he did a very good job. He grunts and screams like it is his last day on earth. This album is brutal as fuck.

The biggest surprise in my list is the young Finnish band Balance Breach. Formed in 2015, they won the Tuska festival competition and now released their debut full-length called ‘Dead End Diaries.’ These guys play metalcore that deserves to be known by the masses. They take us on a journey and every single sound that we know in the metalcore landscape comes along. From mathcore riffs like Tesseract, power like As I Lay Dying and the magnificent riffs like Architects. Knowing that these guys are young and produce this masterpiece, makes me curious what they will bring next, cause beating this beauty will be very difficult.

Ensiferum has gotten the full 100 points. They took their viking/pagan/folk metal sound to a higher level. Their newest member Pekka Montin (clean vocals, keyboard) lifts this album to a higher level with his astonishing power metal inspired clean voice. I could give every song as my favorite but I have to choose one so I choose the anthem ‘Rum, Women, Victory.’