So here it is at last, my personal favorite albums of 2019. For editorial reasons, this first page only contains the top ten. For my more curious readers, I have also included many more of my very favorite releases that blessed the past musical year. And if you manage to make it to the last page, you’ll discover some very worthy honorable mentions as well. As always, all hail the mighty underground! Where artists of little renown roam unspotted and unspoiled by the mainstream media. Despite my focus being mainly directed towards the more obscure part of the metal scene, I have also included some mainstream artists in this list, though they are few. Wonder who they are? Read on, my friend!

2019’s been more than kind to extreme music. Fuming Mouth‘s ‘The Grand Descent‘ should please any grindcore/death metal crossover fan out there. If you’ve enjoyed the last Implore, I can only recommend this one too. A special thumbs up for the choice in artwork. Plenty of bands have been turning to Polish surrealist Mariusz Lewandowski for designs over the past three years, including Abigail Williams on their latest atmospheric black metal epic.

I miss The Dillinger Escape Plan so much, as everyone should. Yet this year has seen its fair share of TDEP-like releases. While Fawn Limbs‘ ‘Harm Remissions‘ tends to slightly lean towards grindcore, it still boasts a thick layer of mathcore which is sure to alleviate the heartache. This soundtrack to life in a horror film insane asylum will help deal with the painful realization that there are no longer TDEP albums on the horizon. Oh, the stuff that keeps me up at night…

One of the very best releases of the year, ‘Auric Gates of Veles‘ is a true-to-form blackened death metal album, Poland-style. Hate has been shredding it for some time now, but I feel this one takes the cake over their previous releases. The intensity of the music is unparalleled by contemporaries. If I’m being really honest, it even tops Belphegor‘s 2017 release ‘Totenritual‘, which I thought was the best in the genre up until now. As a death metal fan, this is a must-own. Check out my man Maxen’s review here.

‘Modern Mirror‘ by Los Angeles-based new wave project Drab Majesty is perhaps my most unexpected release of the year. If you’re familiar with my comings and goings, you know that, when it comes to synthesizers, I favor any kind of 80s sound. Back in 2015 synthwave sort of took the foreground whenever I wasn’t listening to metal. But for the past year and a half my tastes have been drifting off into its various mother genres, with me almost literally going backwards in my search for new music. That’s how I stumbled across Drab Majesty. A contemporary band with the old-schoolest of new wave sounds possible. Every single track on ‘Modern Mirror‘ is a hit that will instantly blast you back thirty-five years in the past. I just can’t get enough of this record (pun intended).

6. The Sound That Ends Creation – Music Designed To Give You Ideas​.​.​. Incase You Should Run Out Of Ideas

Did I ever tell you what the definition of insanity is? It isn’t doing the same thing over and over, expecting a different result. No. It’s this one-man mathgrind project by mastermind Chris Dearing. It seems like he based his music on the piano scenes from cartoon series ‘Tom & Jerry‘ and slapped some other instruments on them just for the hell of it. I remember when, as a kid, I’d just happily hammer away on toy pianos never even bothering with the cacophony that made my parents’ lives miserable. The Sound that Ends Creation is just like that, except it’s a virtuoso doing the hammering. The keys really steal the show here. Never thought I’d say that about a grindcore project. Also, props to the best song title ever written: ‘Nothing Ruins Friday More Than Understanding That Today Is Tuesday‘.

My big Canadian favorites put out another intense album filled to the brim with hardcore/death metal/grindcore madness. ‘Purgatory‘ is a serious step-up from 2016’s ‘Beast‘, even though I really loved that one too. As with previous releases it contains just as many gravity-defying blast beast as it does groovy breakdowns; the riffs are nasty as hell, and the vocal game between Steve Marois and Alex Erian is once more masterful. Despised Icon‘s sixth is brutally honest in terms of violence, speed and heaviness. Read my review here.

I wanted to switch it up a little from the fairly heavy-sounding synthwave records we were getting from the big ones like Carpenter Brut, Perturbator or GosT. So I went looking for something along the same lines yet a little more breezy. In walks Carino Cat, a Swedish italo disco duo that was recommended to me by a friend last year. I was instantly addicted to their single ‘Speed Undercover‘, and after listening to a few more songs I started to wonder whether they would be giving any details about a possible full length. And whaddayaknow? They dropped this gem in October. It may seem like they’re a joke that’s gotten out of hand, but the awesomeness is dead serious. ‘Attraction of Heat‘ contains hit after hit of that sweet 80s eurodisco kitsch.

One of my absolute favorite releases of 2019. The sense of urgency with which everything is presented on metalcrusters Martyrdöd‘s last is breathtaking. Quite literally so. ‘Hexhammaren‘ is an intense record that is as unforgiving as it is melodic. Once you’re done with it, you’ll be gasping for air. The only break this record allows you to take, is when the slower-paced ‘Nästa Syrien‘ comes on, and even that one is brimming with heart. It is also one of my most played albums of the year. Read my review here.

If I can’t name ‘Obscene Majesty‘ my favorite record of the year, I’ll just name it the most brutal record of the year, if not of all time. I maintain what I said in my review of slam pioneers Devourment‘s last masterpiece: this record marks a new, more extreme chapter in the history of death metal. I strongly doubt such a brutal sound will be topped in the near future, but if it can be, it’ll only be through great effort.

Choosing which album to name best of the year was really tough. It was a hard tie between Idle Hands‘ ‘Mana’ and the new Devourment. Completely diverging genres, I know, but that’s just how it is. I hold ‘Mana‘ closer to my heart than ‘Obscene Majesty‘ however, as it came out a little after my mother’s suicide in april. I was able to channel a large part of my sorrow thanks to this masterpiece in melancholy. The album tackles themes of suicide, lost love, and withering in old age among other deeply emotional subject matter. Strikingly beautiful and devastatingly sad, it’s late 80s goth rock making a comeback in a way that I’m not likely to ever forget. I still give it a regular spin to help me come to terms with the inevitability of loss and sadness. ‘Mana‘ makes hard times a little easier to bear. Check out my review right here. 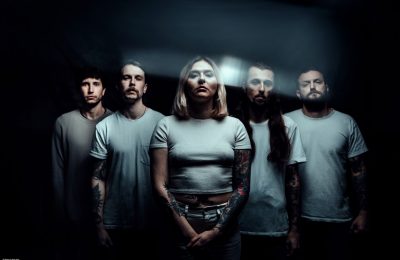 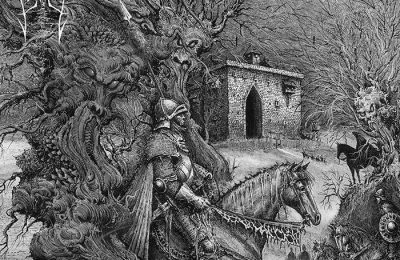 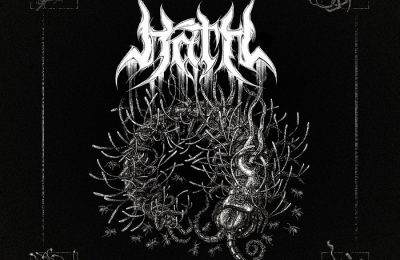