This year, Glenn Danzig will celebrate the 30th anniversary of the formation of his namesake band after involvement with horror-punks the MISFITS and gothic hard rockers SAMHAIN. The celebration will take form of a limited number of special shows including debut performance of DANZIG at Brutal Assault!

You know it’s Danzig the moment you hear him. Due to his ingenuity, horror and punk formally collided with The Misfits’ genesis in the 70’s and early 80’s. Danzig vision for Samhain impacted the landscape of extreme music, fortifying the crossroads between heavy riffs and occult imagery so prevalent these days. And then came DANZIG, where the bluesy swagger and classic Danzig howls cemented his legacy with hits like Mother or Twist of Cain.

The phenomenon of SEPULTURA comes back to BA again! For over thirty years SEPULTURA has been delivering their very own blend of death metal, hardcore, thrash, punk and tribal music with astonishing passion. What had begun in Belo Horizonte in 1984 soon turned into a metal hurricane of threatening proportions and has taken on undreamt-of dimensions since the enlistment of American vocalist Derrick Green in 1998. You simply have to experience the surge of energy SEPULTURA delivers live to understand the undying loyalty this cult act enjoys from the fans worldwide. SEPULTURA will also be our substitute for TESTAMENT who cannot unfortunately make it in the end.

Other spectacular addition to the lineup they are extremely proud of comes from Italy in the form of CLAUDIO SIMONETTI’S GOBLIN. One of the most fascinating prog rock bands of all times has first drawn attention of the whole world with their collaboration with prolific giallo horror filmmaker Dario Argento on his 1975 flick Profondo Rosso (Deep Red). On the soundtrack to the movie GOBLIN took frenetic slices of King Crimson-esque jazz-rock and transformed them into their own blend of progressive music. Later-on with albums like Roller, soundtrack to George Romero’s Dawn of the Dead or especially the unholy cult of European prog rock Suspiria, GOBLIN have presented an ambitious affair that blends jazz, prog rock, and heavy metal into chilling and totally distinctive style that made them one of the most important bands of the progressive movement.

AURA NOIR was formed in 1993 by Aggressor and Apollyon to pay homage to classic 80’s metal as Venom, Slayer & Kreator however in the end AURA NOIR forged their own blend of black thrash that now spans five albums and secured AURA NOIR their own place in the Parthenon of Norwegian extreme metal.

JASTA – a solo project of HATEBREED vocalist and master of pumping motivational lyrics Jamey Jasta will perform its blend of hard rock and hardcore while death metal genre will be represented by local heroes HYPNOS in its traditional form and upcoming young band from NYC UNCURED, that is tuned to the progressive side of the thing with its combination of technical musicianship, brutal riffs, and melodic interludes.

COFFINS from Tokyo, Japan will play their doom laden rotten death metal, scavenging the depths of evil and darkness. Their refreshing and mind-bending amalgamation of doom and death metal’s greatest moments will crush your souls.

A hidden treasure of underground gothic doom metal – ABYSMAL GRIEF will make their BA debut. These gloomy masters of dark sound will take you down the damned path leading to the sepulcher, among the dusty coffins.

The last two bands on the bill are HARAKIRI FOR THE SKY with their synthesis of post-rock textures and emotional black metal rage and INSANITY ALERT with their crossover thrash in vein of S.O.D. or D.R.I. 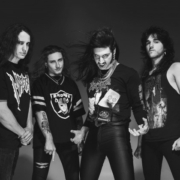 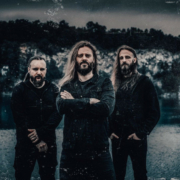 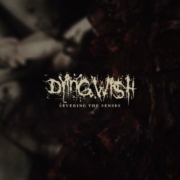 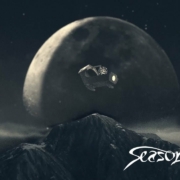 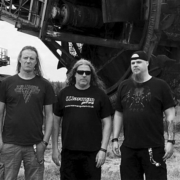 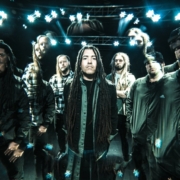