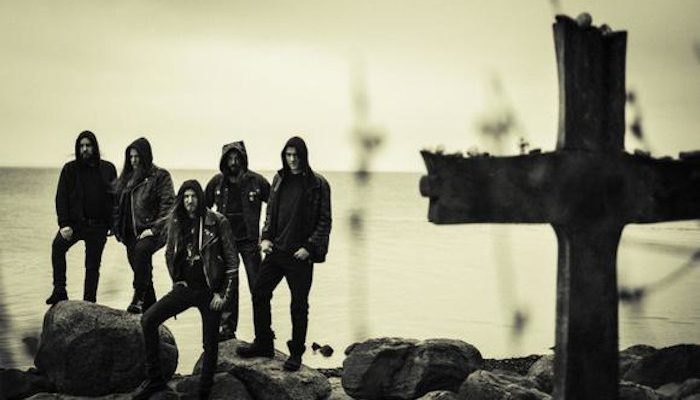 Not even 2 years after releasing their highly acclaimed debut; Maltrér, Northern Germany-based, Black Metal unit Verheerer gathered their forces again to bring their sophomore album Monolith upon this world: A timeless dark piece of cold and hostile extreme metal; seven songs between black and death metal, seasoned with some heavy metal that will take you on a journey from the rotten roots in the heart of man to the cold, merciless dawn of extinction. Monolith will be seeing the light of day on October 4th 2019 with Vendetta Records.

Verheerer are not only sharing their upcoming album artwork and tracklist with us, but have also premiered a first song! Dive into the darkest sounds of extreme metal and stream Verheerer‘s album title track right HERE!

“As we started working on Monolith, the central idea was to create an album being Verheerer stripped to it’s purest core, without any superfluous elements. The titletrack “Monolith” is perfectly matching that train of thought, while the title itself and our image of a monolith fit 100% to this scheme: a brutal, intimidating, humiliating piece of stone – raw, hostile and beautiful at the same time. Ironically, we reached the core of Verheerer by involving our three new musicians LKS, KRZ and MYR directly into the songwriting process.”

The Monolith tracklisting reads as follows:
1. Intro
2. Monolith
3. He Who Sowed The Poisoned Seeds
4. The Fatalist
5. The Eskapist
6. He Shall Reap A Thousandfold
7. Serpent Grave
8. Theios Aner & Irrisio

Verheerer from Flensburg, Germany, formed in 2008. After their highly acclaimed Maltrér album, the band gained high praise from fans and critics alike, as well as left their stamp in nowadays live and Black Metal scene with shows at such as Droneburg Festival and many more. In support of Monolith, the band will be playing the following album release shows: