Home Death Metal Another band update for Brutal Assault 2019 with Sodom, Sick Of It All, Eyehategod and others! 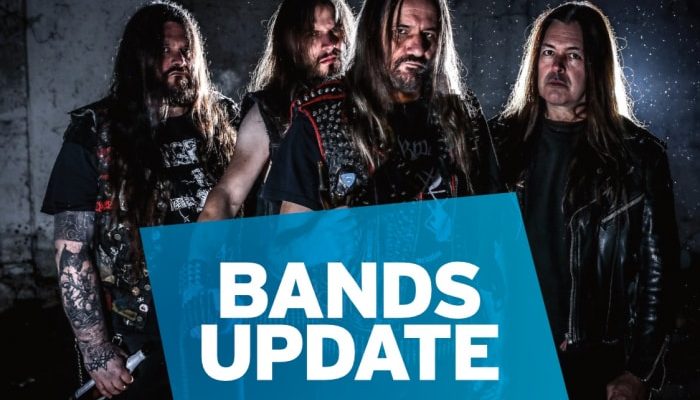 SODOM marks the return of Frank Blackfire (ex-Sodom, ex-Kreator, or Assassin). SODOM have already released seminal albums such as Persecution Mania, the live cut Mortal Way Of Live and the highly successful Agent Orange with Frank Blackfire and he is back in a line-up featuring two guitarists for the first time ever in the history of SODOM. Be ready for a brand new ripping SODOM sound! Other revered living legends in this batch are NY/HC leading lights SICK OF IT ALL formed in 1986. More than three decades in the making, the New Yorkers show no signs of slowing down, getting soft, or toning down their stand-proud mentality on new album, Last Act of Defiance. The band still spits out anthems of heartfelt, no-holds-barred hardcore like on day one with live gigs full of unchained energy!

Veterans of NOLA sound mixing southern rock, blues riffs and hardcore punk EYEHATEGOD are one of the most reputable and distinctive bands ever, even defining a brand new genre now known as sludge in the past.

Other veterans formed in 1987 this time in Sweden and quickly became one of the most creative death metal bands, pushed limits of the contemporary sound and grew beyond themselves. Later on THERION released Theli, which would be the ultimate breakthrough for the band. With the record THERION turned towards a more opera-like, progressive and even orchestral sound which made them famous through the world. And now they’re coming to Brutal Assault with a special Theli show! Odd-time signatures, avalanches of breaks and complex rhythmical as well as melodic patterns will excite every aficionado of extreme technicality, while growls down-tuned strings and double-bass assaults will more than satisfy extreme metal connoisseurs when WORMED take over BA stage!

Their South African brutal death metal cousins VULVODYNIA are one of the most active and well known bands in the genre today. Their brutal yet catchy, pit fueling, heavy as hell sound has since earned them fans from around the world and now they are ready to conquer BA!

The final addition on the list is the mysterious producer known as GOST, who embodies the character of Baalberith on his propulsive synthwave solo project that is channeling his fascination with the occult, John Carpenter and 80s slasher flicks. With its haunting atmospherics and aesthetics influenced by the blackest corners of the metal world his music quickly garnered GOST a loyal following within the rock and metal community worldwide.