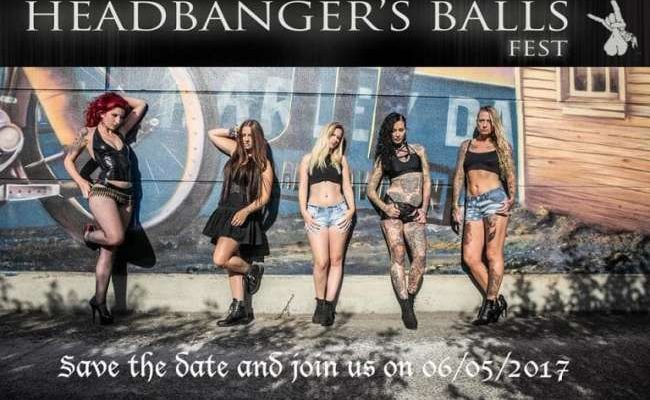 People that were at Headbanger’s Balls Fest 2016, know that it’s a small one-day festival with tons of potential (for the report/coverage click here). That they’re cranking up a gear for the coming edition is quite clear looking at the 3 bands (out of 8) of which they released their presence. Before we get into this more, we have to mention that they seemed to have listened to a lot of feedback and they’ve decided to relocate their event. This time it’ll take place near the sportstadium in Izegem, very close to the N86. So there’ll be probably more space and hopefully less heat than last time.

Now the names… first band they released earlier is the German female fronted symphonic metal band Xandria. They’ll go on stage as the 6th band and will be a perfect warm up band for the headliner!

Another band released is our own Belgian Thurisaz. With their progressive mix of death, black and doom metal they’re one of the higher quality metal bands Belgium has to offer. A lot of headbanging and hair whipping will take place during their set as the 4th band of the day.

And last but definitely not least, the headliner of Headbanger’s Balls Fest 2017 will be… Amaranthe! After an exclusive Benelux show of Evergrey last year, this year they’ve done one better… The Swedish modern metal sensation has sold out a recent gig at Biebob and had a steaming passage at Graspop Metal Meeting 2016. One thing is sure: they’ll set the new venue on fire!

More names are coming soon, of which we’ll keep you updated of course…
The people that are convinced now already, the date to save is 06/05/2017 and tickets are available already through their Facebook page at €20 per ticket. Don’t wait too long!